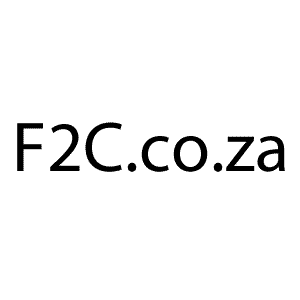 F2C is a three character abbreviation that is used quite extensively:

F2C is a class in the sport of F2 Control Line flying, which is the oldest type of flying model aircraft, in which the model aircraft is tethered to two wires held by the pilot and the plane then flies in a circle around the pilot – the pilot then controls the flight path and height around the circle using the two control wires. In the F2C class, three model aircraft race each other at the same time, controlled by three pilots flying in the same circle, and each has to fly 10 km and can reach a speed of 200 km/h. The model planes are also refueled multiple times during the race by a dedicated mechanic for each place, who has to catch the plane, refuel it, restart the engine and release the plane, sometimes in less than 4 seconds

f2c is a program to convert Fortran 77 to C code, developed at Bell Laboratories. The standalone f2c program was based on the core of the first complete Fortran 77 compiler to be implemented, the “f77” program by Feldman and Weinberger. Because the f77 compiler was itself written in C and relied on a C compiler back end to complete its final compilation step, it and its derivatives like f2c were much more portable than compilers generating machine code directly.

F2C is also the abbreviation for Financial Communication Consult, which is a company based in Luxembourg, that provides alternative solutions to Fund Promoters in terms of operational and pricing models for fund listings and legal notices.

F2C is also short for Fist to Chest. To show someone a sign of respect, cameraderie or alliance.

f2c = free to chat, Like in a chat application.

If you can think of something else and have an interest in acquiring the domain name f2c.co.za, please use the contact form below to make an offer or contact us